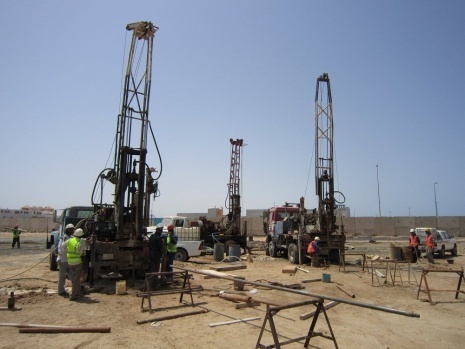 Soil Investigation at the site 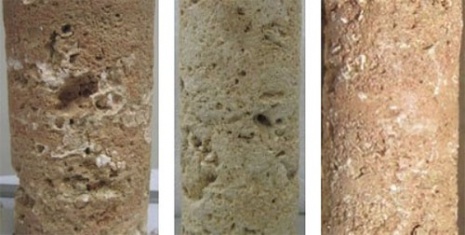 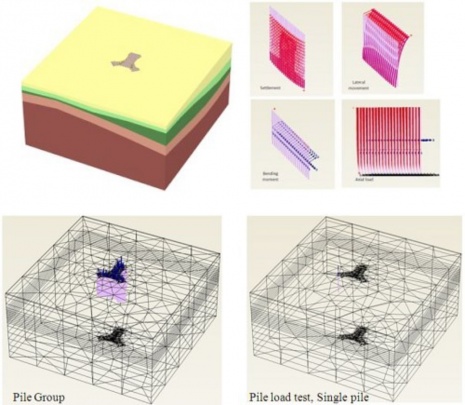 3D FEM Model for the analysis and design of foundation

The project consists of proposed two high-rise buildings in Jeddah, Kingdom of Saudi Arabia. The proposed foundation system for each of the towers consists of large diameter bored piles founded on the complex Coralline Limestone found in fringe of the coastline of Saudi Arabia. Kiso-Jiban Consultants was involved in the planning of geotechnical investigation program and supervision of site works. The soil investigation works includes soil sampling with rock coring and split-spoon barrel; field tests using SPT, pressuremeter, down-hole seismic survey, cross-hole seismic survey and pumping tests and laboratory tests. Seven boreholes of 120m depth and four boreholes of 100m depth were carried out for each tower. In addition, four probing holes with SPT value were carried out to define weak zone area and one deep borehole to a depth of 200m was carried out following a review of the site investigation results.

A 3D FEM program, Plaxis 3D Foundation was used for the analysis of the pile foundation. Instrumented ultimate pile load tests were carried out on site. The results of the tests were assessed and used to check the design assumptions and verify the model of the 3D Foundation.