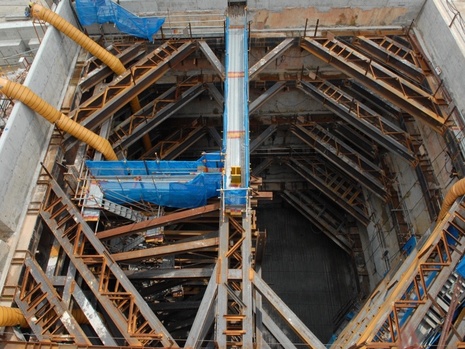 MRT Downtown Line 3 (DTL3) Package B, Contract 9181B will connect to Contract 9181A at its western end and Contract 9181C at its eastern end. The total route length of DTL3 Package B is approximately 9km including 4 stations (i.e. Mattar Station, Kaki Bukit Station, Ubi Station and Bedok Town Park Station) and 1 interchange station which under crosses the existing MacPherson station and connection to Kim Chuan Depot.
We have been appointed by the Land Transport Authority (LTA) to carry out a geotechnical consultancy services for Package B of the proposed Downtown Line Stage 3 (DTL3) Rapid Transit System of Singapore under Contract 9181B.
We are responsible to carry out advanced geotechnical studies and detailed design for the 5 underground stations. Advanced geotechnical studies include site investigation, interpretation of geotechnical investigation, soil profile interpretation and soil parameters interpretation. Detailed design include developing the earth retaining structures for the excavation of the stations to achieve structural serviceability by limiting wall movement to prevent damage to neighbouring structures arising from ground deformation.
The stations formation level is generally 28 meters deep. In some area, Kallang formation up to 20 meters deep is encountered. In general, bottom up construction with 1 to1.2 meters thick diaphragm wall and 7 level of lateral support is adopted. In critical area where existing structures are nearby, top down construction is adopted.
We have addressed several keys issues, which include excavation of the underground station under crossing the existing operating station and excavation of the underground station at close proximity to sensitive buildings.